Diaspora communities as actors of integration for newly arrived migrants at local level: a new report captures the distinctive traits and lessons learnt from the NEAR project in Lisbon

The NEAR project aims to foster social orientation of migrants in the initial period of arrival and settlement in the local communities of destination. Diaspora stakeholders are some of the actors that the project empowers to act a Community Agents for newly arrived migrants. Part of the work done by NEAR is specifically aimed at providing these actors with the right knowledge and network to convey quick, context-specific and ready-to-use information and support through thematic trainings.

With this in mind, between March and December 2021, NEAR partners developed and implemented a number of activities directly addressed to diaspora members the four target cities, Milan and Perugia (Italy), Lisbon (Portugal) and Nicosia (Cyprus). The practice developed was eventually modelled into a number of tools under the NEAR National Stakeholder Reports, a set of publications taking stock of a year-long outreach, training and engagement of diaspora stakeholders. In doing so, they aim to facilitate the transfer of experiences, tools, knowledge and practices for organizations, practitioners and other interested groups to build the capacity of and empower diaspora communities as actors in the integration of newly arrived migrants at local level.

The reports follow the steps undertaken in the project, offering practical suggestions, templates and checklists along on how to:

The report on Lisbon highlights the distinctive traits and lessons learnt that characterized the NEAR implementation in Lisbon by AIDGLOBAL and that could be transferred in new integration contexts.

In Lisbon, the Santa Clara Parish was identified as the target area for the project as it is a territory with a high immigration rate receiving many newly arrived migrants, mostly from Portuguese-speaking African Countries, and therefore requiring more reception and integration mechanisms. The first step in identifying stakeholders was looking at the areas of interest: reception centres, non-profit organizations, social services, health and welfare, public and private services, schools and local shops. In addition to this, AIDGLOBAL worked with the Community Group, a group that periodically brings together most associations and residents interested in social issues of migration in the territory. Working from within this group helped create the conditions to better understand the dynamics of reception for migrants and refugees in the neighbourhood and verify how the NEAR project could develop synergies.

Selection of the target Community Agents' profiles was done at individual and organisation level. A strong collaboration was established with a local organisation that provides specific assistance to migrants in terms of regularisation, housing support, health, education and work-related issues. Many inhabitants already knew this organisation previously and had been supported by it. In other words, in this preliminary phase the organisation allowed to create a bond of trust between the project and the CAs. A roundtable was also organised in order to gather participants through listening to their stories and understanding their struggles as well as their necessities, which processes worked and which ones did not, and the local organisation and services that supported them throughout their integration into their new community. Other strategies were face-to-face dissemination, online posting through social networks and distribution of flyers on the training.

The training was divided into three modules: legislation, services and communication. Content was organised first by identifying the daily needs of people in vulnerable situations under the immigration process and by then prioritising issues such as housing, health, employment and regularisation. Several meetings were held with the trainer, who had links to a local migration centre that was very important to the community and could contribute with updated information focused on the reception and orientation of migrants. The training featured a blend of opportunities, some more theoretical and others more practical, using dynamics of non-Formal education and always prioritising simple and accessible language. The activity was also characterised by moments of sharing, during which the participants had the chance to tell more about their diverse migratory experiences. The training pace allowed participants to ask questions on the themes approached according to their life stories.

Another mechanism chosen that had great relevance during the training was the creation and distribution of T-shirts for Community Agents with the sentence "Are you new here? I can help!" written in different local languages. This resource was used so that the Community Agents could connect with the identity of the project, feeling as they could support, guide and be recognized by newcomers, becoming reference actors in the territory. In addition, a bus tour was conducted so that the Community Agents could see all the services available in the community responding to their possible needs as immigrants and allowing them to assist in welcoming newcomers. The final module of the training session on communication focused on capturing experiences with the territory in terms of emotions, creating connections between belonging and identity.

The Community Agents showed great satisfaction in improving their knowledge on the topics addressed and being more confident to transmit knowledge and guide newcomers. The ability to help themselves while learning to help others was a key aspect in keeping Community Agents engaged during and after the end of the training. In order to help all Community Agents apply what the knowledge gained throughout the training, an extra activity was organized: a field-training day, where Community Agents approached people in the streets, wearing the project T-shirts, and were able to guide migrants. They provided information on available legislation and services while delivering flyers and contacts of the local organisation. This information helped migrants know where to go and whom to contact in case they needed support with documentation and with the integration process in the Parish of Santa Clara area. 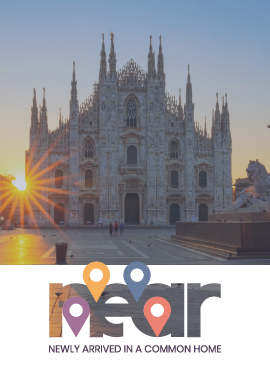 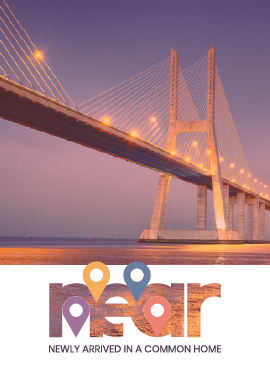 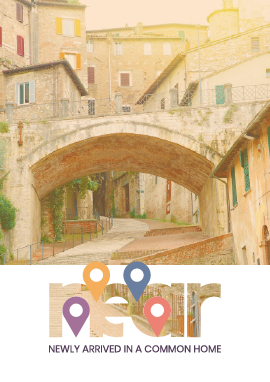 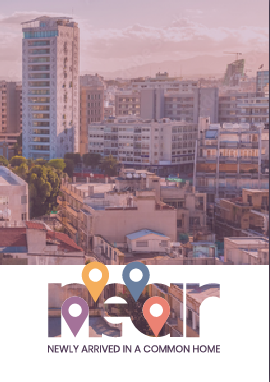