Being a Citizen in Portugal

Plan the future based on a return to the past.

This is how the third training session for Community Agents began, taking place at Associação Lusofonia Cultura e Cidadania (ALCC), on the morning of November 27th, within the scope of the NEAR project – NEwly ARrived in a common home.

From an icebreaker that invited the participants to print, in forms, representations of their past, the strengthening of ties and interpersonal knowledge of the trajectories of each person and what identifies and represents them, at a given moment of their history and in relation to the country where they were born and raised.

Among the materials created can be seen a colourful house, in which each one of the colours alludes to different stages in the lives of the people who built it; it is possible to fly over a boat that brings to mind the days, over the skies of São Tomé and Príncipe, where fishermen devote hours to the craft that allows them to bring home the food (in some cases, the only sustenance) of several families; and you can see the mold that shows how coffee and corn are ground, in Cape Verde, through a utensil called “pilão” which, in Portugal, can be assimilated to a mortar. 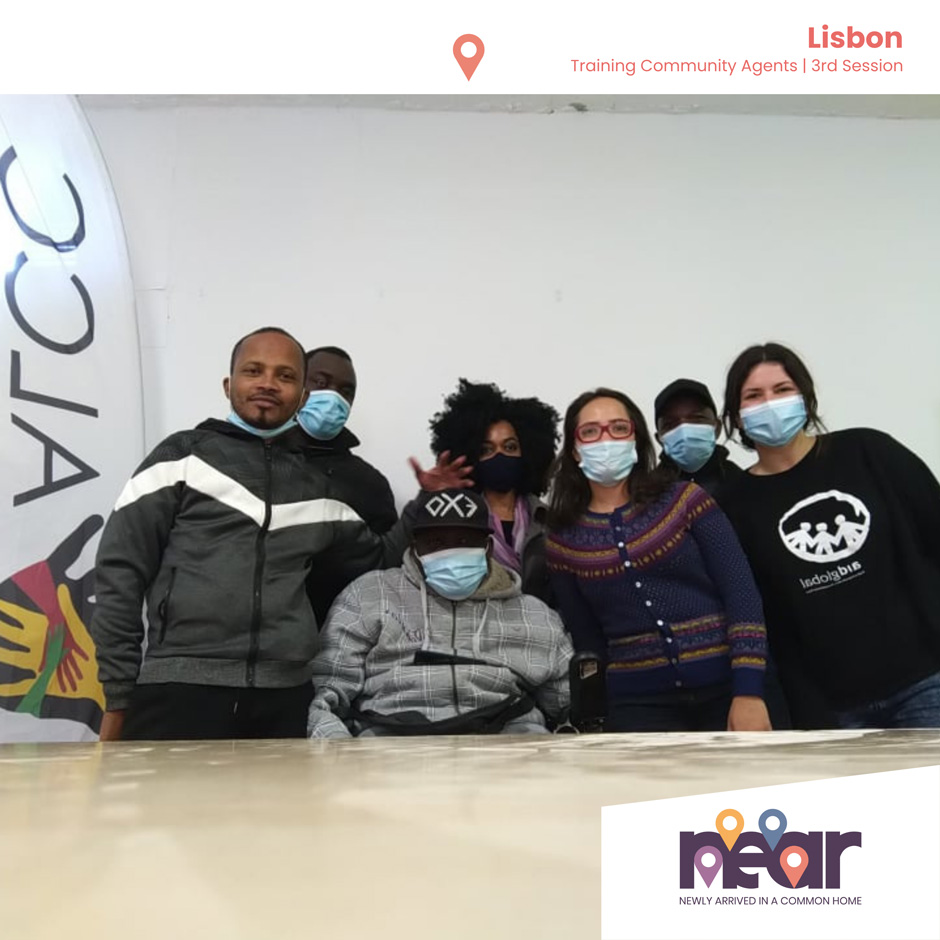 After a trip to the origins, the environment was created for a formal learning context dedicated to contents related to social and public services, available in the Ameixoeira area, without leaving out the sharing of knowledge about the documents necessary for the process of legalizing people migrants.

The creation of hypothetical scenarios complemented this part of the session, within which a safeguard was introduced by the trainer, Verena Melo: in case the trainees (future community agents) feel that the human rights of the immigrant are not being recognized by any social entity, public or private, it is possible to appeal to Art.º 123, of Law nº 23/2007 of July 4th, 2007, registered in Diário da República, nº 127, Série I of July 4th, 2007. 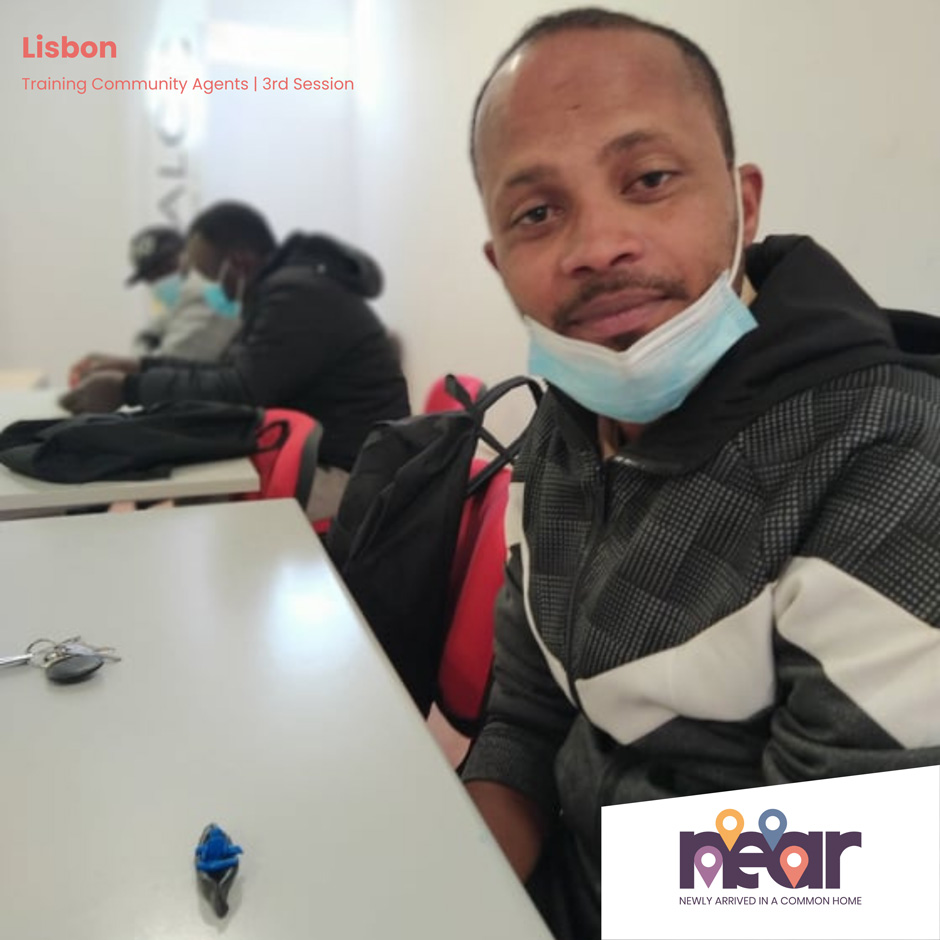 This is a valid article for “extraordinary situations to which the provisions of article 122 do not apply, as well as in cases of residence permit for humanitarian reasons under the law that regulates the right of asylum, upon proposal of the director- General of the SEF or at the initiative of the Minister of Internal Administration”. In exceptional cases, under this article, “temporary residence permits may be granted to foreign citizens who do not meet the requirements of this law for reasons of national interest; for humanitarian reasons; for reasons of public interest arising from the exercise of a relevant activity in the scientific, cultural, sports, economic or social domain”. The full article can be consulted here.

The third session of the training aimed at community agents had 6 participants.